Current Team
Tarp Skunks
Coach Everson is currently serving as varsity baseball coach at Mesquite High School in Mesquite, Texas. He works with the catchers and serves as the teams hitting coach. He began his career in Edmond, Oklahoma after college where he amounted a record of 102-37 in his 6 seasons as a head coach. In 2016 he lead his team to an undefeated record and the first conference championship in school history. In the summer of 2018 he and his wife moved with their family to his hometown of Mesquite, Texas.
Coach Everson went to played high school ball at John Horn High School in Mesquite, Texas for Darren Lackey, father of 3x World Series champion John Lackey. Coach Everson played both catcher and third base during high school before signing to play at Oklahoma Christian University. Coach Everson holds a B.S. degree from Oklahoma Christian and a M.Ed. from the University of Central Oklahoma.
Coach Everson is no stranger to Jamestown or to Jammer baseball. He spent over a decade of summers in and around Jamestown with his family growing up spending time on Lake Chautauqua and in Bemus Point where his father grew up. He has seen many years of Jammer baseball history dating back to when the league was then the New York Penn League. This part of the state holds a special place for his family.
Coach Everson and his wife Catie live in Mesquite, Texas with their daughter Aspen Elizabeth (3) and son Graydon James (1). In his free time he enjoys fishing, camping, and going to zoo’s with his family. 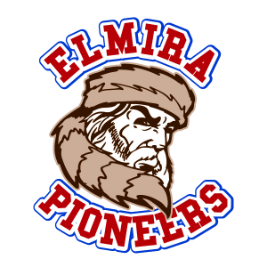 "Did you know that we are really small furry dudes

We're looking for a nonprofit organization for Rou

Have a question about tickets, or thinking about p

March 6th is National Day of Unplugging! How will

Did you know that our new Inaugural Season collect

Today is #WorldWildlifeDay. Let's take care of our

#SKUNKJUNK Sunday! Its so cold out that the beani

"Did you know that we are super beneficial stinky


Error: API requests are being delayed for this account. New posts will not be retrieved.